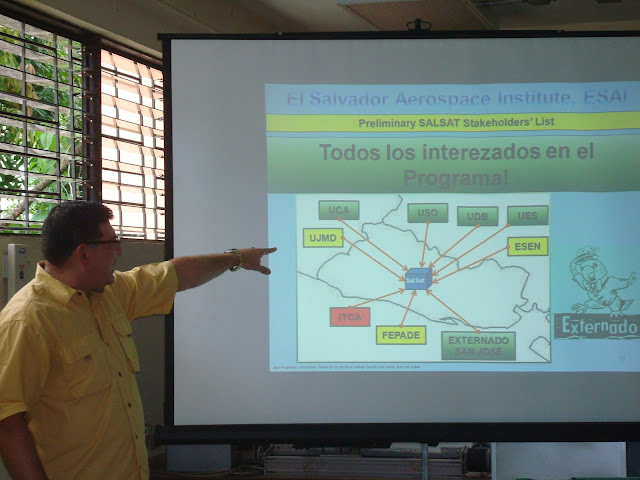 Last year, on march 2011, our  IEEE student branch called for a meeting. It was an open invitation to an inspirational talk given by a member of our diaspora. In 1980s, salvadorans emigrated by hundred of thousands. A few of them have had very successful careers in USA.

Jorge Enrique Zapparoli emigrated to America in the late 1980s. He did not find in El Salvador anything to believe In. He had very ambitious dreams. In America, he could graduate from college. Sooner than later, he found himself working in the aerospace industry. He has worked on very interesting jobs.

This month, Jorge came to El Salvador. Like last year, he started a new round of inspirational talks. But this optimistic guy not only wanted to share his experiences with us, down here in El Salvador. Since the last time I saw him, He has considered the idea to launch a small CubeSat—low-cost satellites no bigger than a shoe box—. So, combining family business with work, he took his time to give a chain of several talks in half a dozen colleges and several salvadoran institutions.

I wish Jorge luck. I hope we can help him to achieve his dream: to put in orbit a small satellite.
en 19:23